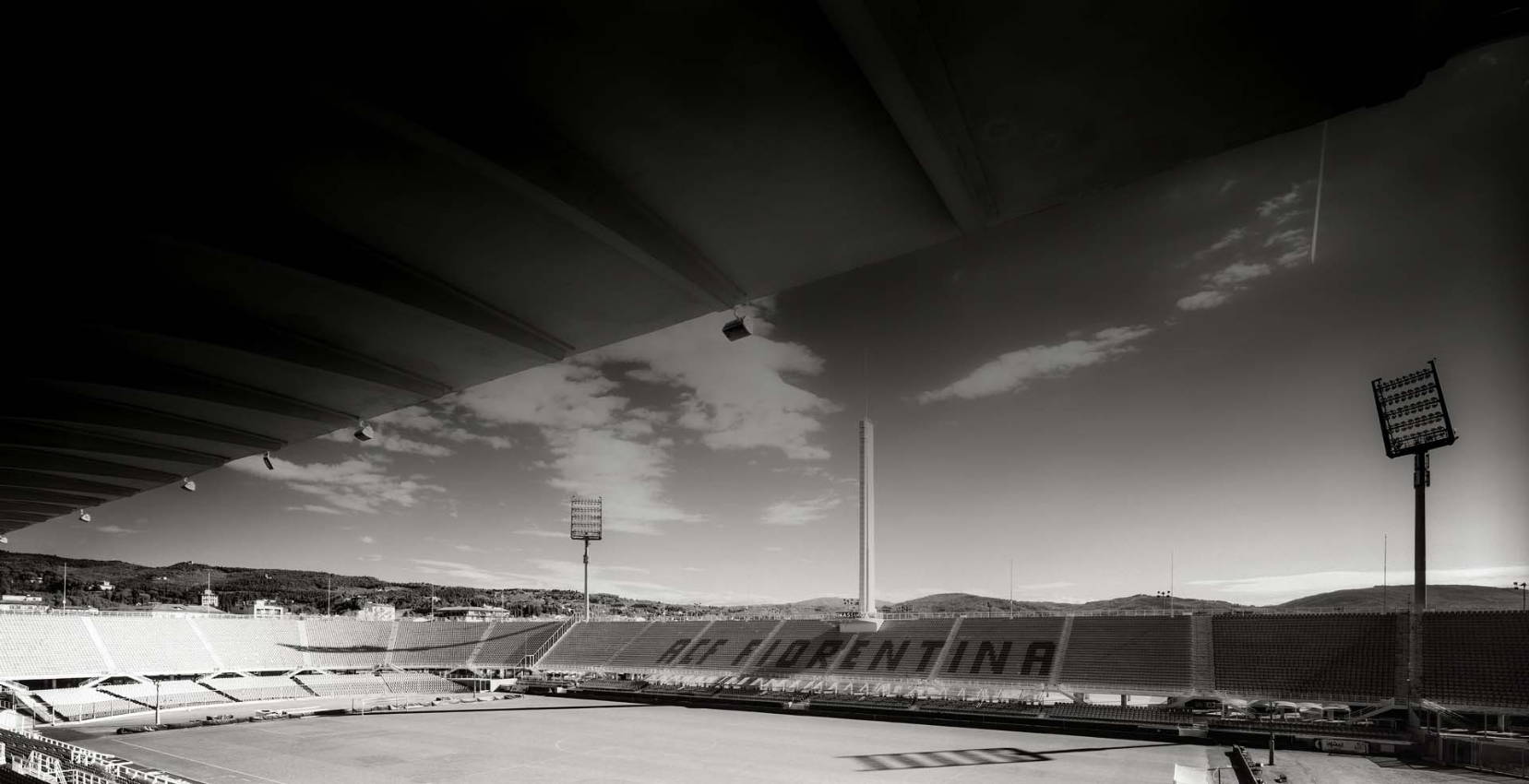 Florence’s Stadio Artemio Franchi (originally Stadio Giovanni Berta), designed and built by Pier Luigi Nervi and his associates between 1929 and 1932, is an iconic work of twentieth century concrete engineering and sports design. Its boldly cantilevered roof and evocative helical staircases won critical praise and popular attention throughout Italy, Europe, and the world, and called attention to Nervi’s talent as an engineer, designer, and constructor. For nearly 90 years, the stadium has been home to Florence’s premiere football team, Fiorentina, and while it underwent renovations for the 1990 World Cup that concealed much of its impressive structural design, the stadium’s historic fabric remains largely intact. After plans to abandon the Artemio Franchi for a new stadium in Florence’s suburbs fell through, Fiorentina announced, earlier this year, plans to reconstruct a new facility on the site of Nervi’s masterpiece. Enabled by legislation passed, hurriedly, in September that exempts stadiums and other sports facilities from Italy’s thorough conservation legislation, the team’s plans threatened to demolish or irreversibly alter much of the historic stadium’s structure, potentially leaving only ‘souvenirs’ like it’s the Marathon tower while replacing much of the original concrete stands. We are now pleased to report that the Italian Ministry of Culture recently issued an opinion specifically protecting the entire structure of the Stadio Franchi. Furthermore, in a subsequent press conference, Mayor Dario Nardella announced that, as the Pier Luigi Nervi Project Foundation has suggested, the city of Florence will commence a study of the entire Campo di Marte district, possibly with an international competition, that will include a restoration of Nervi’s Stadium. There is much to do in the coming months, and the stadium’s fate will continue to rely on the voices of Nervi’s many supporters. But this is truly good news, and we thank you for signing the petition and for your support. Spread the word! Photos by Matteo Cirenei and Marco Menghi, part of the photo research project