This publication constitutes the first issue of the Cahiers du TSAM, dedicated to the conservation of the 20th century’s great works of engineering, aims to explore the future of some of the most remarkable and emblematic concrete structures of the previous century. Through the personalities of the heroic builders, this publication aims to consider what the engineers – the most daring of whom (Freyssinet, Isler, Maillart, Nervi, Vierendeel, etc.) are represented here – bequeathed to the century. While the conservation of 20th century architecture has in recent years been seen as a discipline in its own right, the conservation of 20th century engineering is still in its infancy. Considered too often purely from the point of view of security or maintenance, these works are now often seen as true masterpieces, cutting edge achievements of the “engineer’s art”, as stunning for their plastic beauty as for their technical performance. This publication provides an opportunity to stimulate, with reference to concrete examples and projects, an awareness of the heritage challenges to be addressed in the field of engineering. Among the other authors, Cristiana Chiorino presents the legacy of Pier Luigi Nervi, which ” is scattered across Italy, Europe, and as far afield as America and Australia. The Pier Luigi Nervi Association is promoting the idea of inscribing some of his works in the UNESCO World Heritage List as an expression of the Italian’s role in world engineering. This inheritance, a symbol of technical excellence and of the art of construction, is emblematic of the complexity involved in conserving, restoring and re-using the great engineering works of the last century. (…) Projects of restoration and re-use now under way raise important questions: The Palazzo del Lavoro, in Turin (1961), after years of neglect and disuse, is being transformed into a shopping mall; meanwhile, the Burgo Paper Mill, in Mantua (1961-1964) stands idle; the hall of the Turin Exhibition (1949) with its undulating roof in ‘ferrocement’, on the verge of abandonment, is looking for a new function; the Flaminio Stadium, in Rome (1957-1958) was threatened, in 2011, by a radical design project. Recent exhibitions, such as “Pier Luigi Nervi, Architecture as Challenge”, and growing interest in recent years in the man and his work might help to refocus attention on his extraordinary legacy. But it is more vital than ever to define the criteria for intervention that should apply to these buildings.” 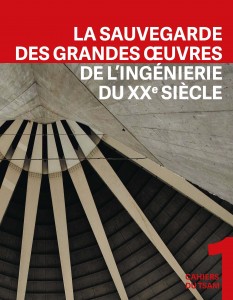